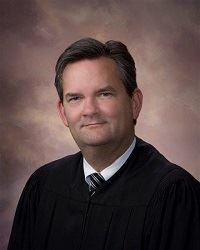 PURSUANT TO THE DECLARED STATE OF EMERGENCY OCCASIONED BY THE COVID-19 CORONA VIRUS PANDEMIC, THIS COURT CONDUCTS HEARINGS BY VIDEO CONFERENCE AND DOES NOT CONDUCT IN PERSON HEARINGS UNLESS ABSOLUTELY NECESSARY.  IN THE EVENT YOU MUST ATTEND IN PERSON PLEASE NOTE ALL PERSONS ENTERING THE COURTHOUSE AND COURTROOM MUST WEARING A MASK OR FACE COVERING AND OBSERVE SOCIAL DISTANCING OF SIX FEET AT ALL TIME, NO ONE SHALL BE ADMITTED WHO HAS A TEMPERATURE OR WHO HAS COVID-19 OR LIVES IN A HOUSEHOLD WITH SOMEONE WHO DOES UNTIL MEDICAL CLEARANCE IS OBTAINED. ACCORDINGLY THIS COURT WILL CONDUCT HEARINGS BY VIDEO CONFERENCE USING THE CISCO WEBEX PLATFORM.  YOU MAY DOWLOAD THE FREE APP FROM THE APPLE OR ANDROID STORE TO YOUR SMARTPHONE OR YOU MAY JOIN ON A LAPTOP OR COMPUTER THAT HAS A CAMERA AND MICROPHONE BY GOING TO webex.com, ON THE TOP RIGHT YOU WILL CLICK ON JOIN AND ENTER THE MEETING NUMBER PROVIDED ON YOUR NOTICE/ORDER AND HIT ENTER, THIS WILL TAKE YOU TO THE MEETING. 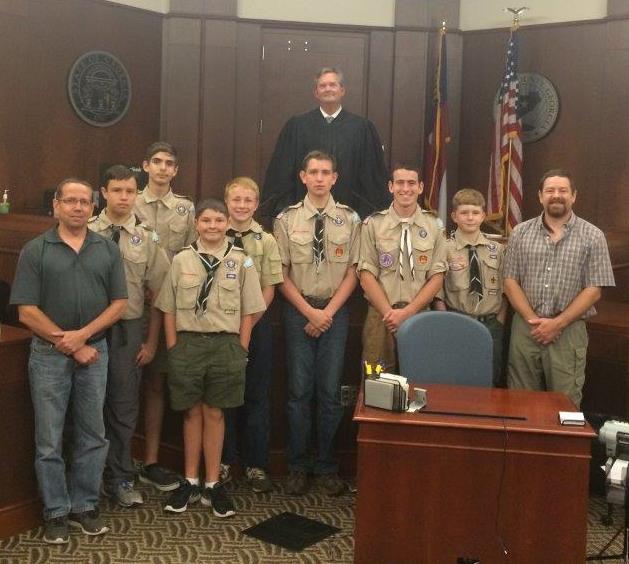 Judge McClain was elected to the Superior Court of Douglas County in November 2008 and was re-elected in 2012, 2016 and 2020.  Prior to assuming the bench, Judge McClain served as Chief Assistant District Attorney in two judicial circuits including Douglas for 27 years, and during that time conducted over 250 jury trials specializing in homicides, armed robberies, drug trafficking, and organized crime. Judge McClain graduated from Emory University in 1978 and Emory Law in 1981 in the top 15% of his class, and was a member of the ABA National Moot Court Team representing Emory where he also received the highest grades in his class in the course of Contracts and Insurance.<p>As a member of the Council of Superior Court Judges, Judge McClain serves on the Accountability and treatment Court Committee, and founded the first Felony Drug Court in Douglas County. Judge McClain has previously served as the Troop Committee Chairman of Boy Scout Troop 228,  Douglasville 1st United Methodist Church. All three of his sons are Eagle Scouts.  In 2005, the Judge left scouting to answer a call to minister to needy families in our community which was birthed by Hurricane Katrina.  As Katrina refugees relocated to Douglas County, Judge McClain and Paul Zachos founded Faith in Action, which delivers usable beds, furniture, and appliances to the poor.  The Judge has been personally delivering these items in his pick-up truck assisted by a network of church volunteers every Saturday and Sunday for the past 14 years. Judge McClain also serves at The Pantry, the community food ministry as leader and volunteer since its founding, and is a former board member of The Hope Project and the Pregnancy Resource Center.  In 2015, he founded Operation Christmas Douglas County which provided over 36,000 needy local children with new Christmas gifts in its first four years. Judge McClain and his wife recently celebrated their 39th wedding anniversary and are members of The Church at Chapel Hill in Douglasville.